The Classical system is influential because the ideals and philosophy behind the system is not only based on what’s practical but is also geometrically sound, attractive to the eye and functional engineering wise. One can only say that the Classical orders are orders of visual splendor and cohesion.

THE CLASSICAL ORDERS OF ARCHITECTURE

The Greeks and in later centuries the Romans used the human body as their proportioning system for their buildings and architectural creations. So what is that system? For each style: Doric, Ionic, and Corinthian the proportions are based on each type of body. The male body inspired the Doric order, the female body the Ionic order, and the young maiden’s body the Corinthian order… nowadays any good architect/Geometer can create their interpretation of one of the three main orders as seen below

This is how this works for each order. In the Doric order the column’s ratio is 1:7. When the column’s diameter is 1′ wide at its base, the column’s height should then be 7′. Take an entire Doric structure like the Greek temple at Tholos for example; the 1:7 ratio is evident as all the building elements are in a 1 to 7 proportional relationship with one another. Even the window openings the spacing between each column and the ceiling carved motifs are all in 1:7 proportional relationships with the columns. Same goes for the Ionic and Corinthian order as well as all later orders. 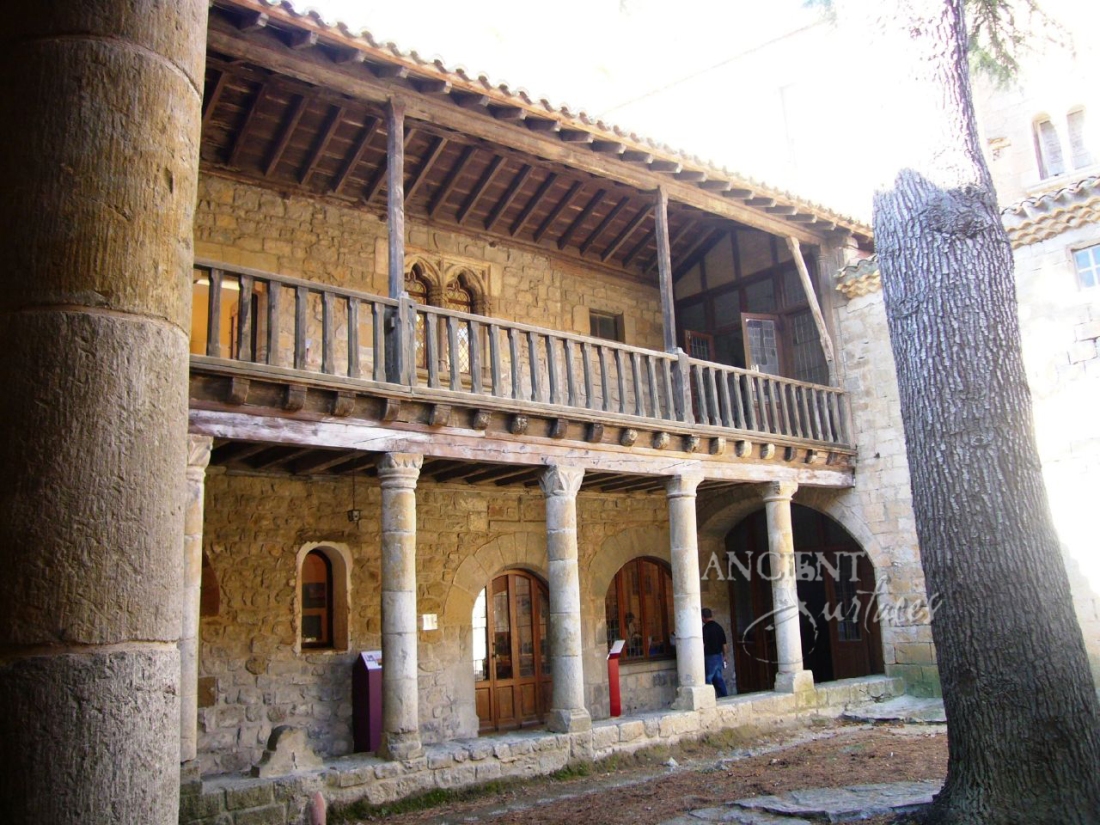 The beautiful thing is that when using the Classical system these proportions and ratios encompass the entire building. Thus all the architectural elements, moldings, windows, doors, fireplaces, etc., would be tied in some way to the building’s order. What this means is that it was a pure and holistic system of building. Conceivably, if an owner requested a church to be built using the Ionic order, then with slight adjustments the master builder knew a great deal about the building, level of ornamentation, placement of windows, etc.

This idea brought great comfort to the Greeks. It was the Greeks that produced the greatest society of thinkers; Socrates, Plato, Aristotle, and the mathematicians like Euclid for geometry and Pythagoras for math. There was no culture as obsessed with beauty and math and the sciences as the Greeks. They found inspiration in the human form, but it was not narcissistic attention to self that caused them to make the human form as a model. 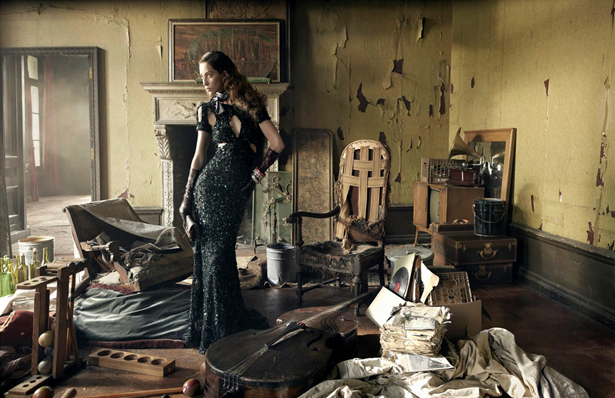 They discovered as they dug deeper that the parts and pieces of the human form are mathematically pure as well; mathematical patterns that repeated themselves in trees, leaves, shells, bird and rock formations even. This hidden code was deified and was connected with the secret code of creation of everything living and inert. This mathematical miracle of sorts was rightfully called the golden mean. 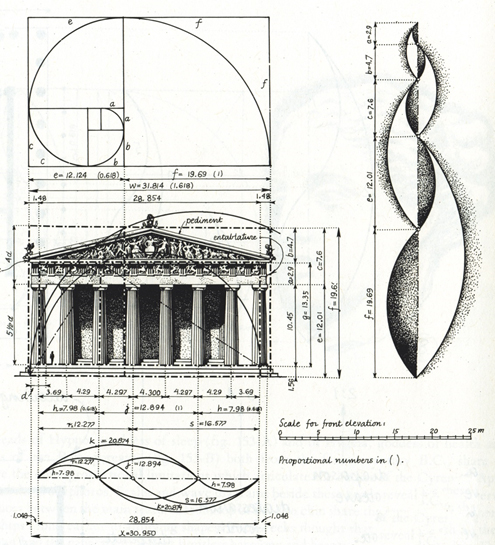 The golden mean is seen most clearly in its geometrical form, the golden rectangle. This rectangle with a short side of 3 and long side of 5 give us the mathematical ratio of 5:3. This ratio is represented by the irrational number 1.6183… This number, whether represented geometrically or mathematically, holds some divine attributes.

The Renaissance mathematician Fibonacci reveals some of the magic of this number in his famous sequence, 1, 1, 2, 3, 5, 8, 13, 21, 34, 55, 89, etc. Known as the Fibonacci sequence, it mathematically represents the divine ideals of the golden mean. If we divide a lower number say, 55 into 89, it equals 1.618. This sequence of numbers is in turn tied to the proportions of rectangles found in the golden rectangle. This ratio has inspired and mystified scholars for years. Imagine the look of the Greek mathematicians faces, when they started seeing this golden mean all over nature, in the growth of a pine cone, in the face of a sunflower, in the nautilus shell and of course the human body.

The Golden Ratio on a Human Scale

This 5:3 ratio is found all over the human body. Leonardo da Vinci spent a great deal of time measuring all parts of the human body and comparing them to one another.

He found this ratio again and again. It is thought by some to have helped define the face of Mona Lisa herself. This proportional ratio is found when we compare our overall height to the height of our belly button, in the hand to the forearm. It is like we have God’s fingerprint all over and throughout nature.

The Greeks certainly saw this as an important ratio, and we see it throughout their famous temples as an overriding organizational tool.

It is this ability to organize, harmonize and beautify buildings and architectural elements such as fireplaces according to a universal ideal that enthralled the Greeks. Beauty for them was order, balance and harmony. 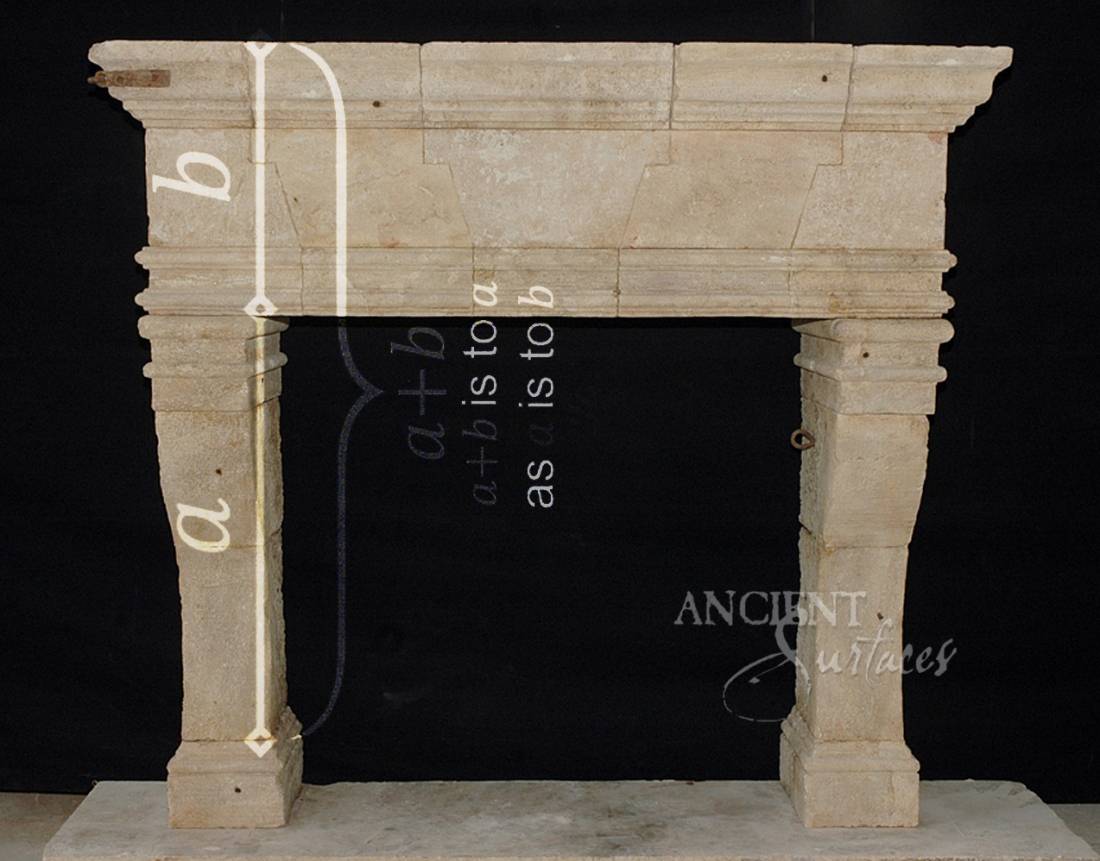 It was only natural that the math and order it wrought gave them such satisfaction. In order for us to build a timeless house, we must use these same rules, principles and proportions in our designs that were cherished by the early Greeks and Romans.